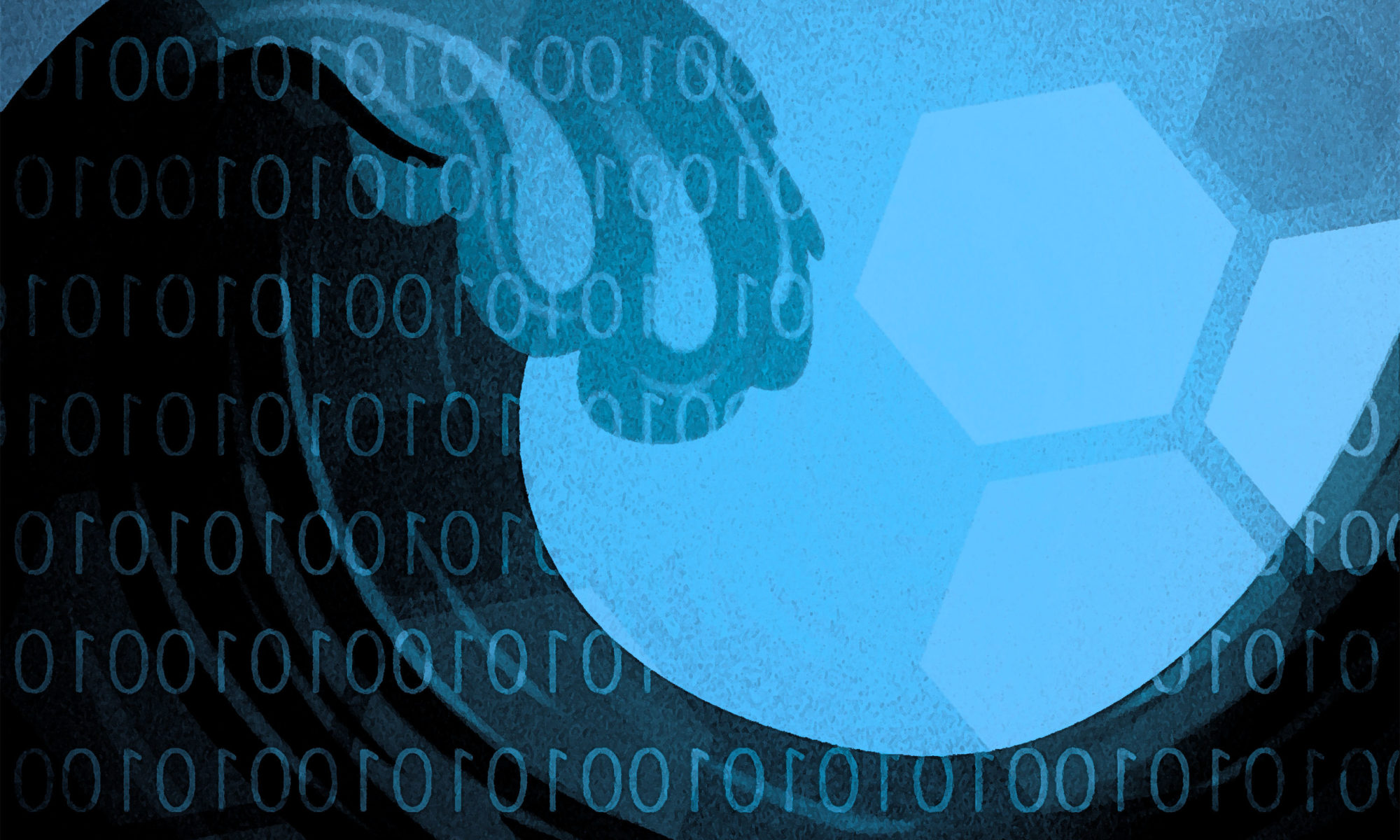 Here you can find an abridged list of terms relevant to pursuing Digital Hermeneutics research. They describe both methodological tenets as well as speculative social theory regarding (the difficulty of) interpreting online discourse.

Hermeneutics
The systematic reflection on all problems relating to textual interpretation

Exegesis
Investigating how texts can be dated, which text is the authentic one, and how meanings of words in such a text can be historically contextualized

Allegorisis
A mode of textual understanding starting from the assumption that a word or passage can be traced beyond itself to a ‘higher’ meaning (after allegory: a mode of textual production where a word is used as a vehicle to convey something else [e.g. a rose for love])

Hermeneutic circle
Augustine of Hippo: obscure passages in the Bible need to be interpreted in the context of ‘the spirit of the Bible as a whole’
Friedrich Schleiermacher (1999 [1829]): interpretation is a process that involves reading the parts of a text in the light of the text as a whole, and the text as a whole in the light of its different parts
Wilhelm Dilthey (1900): Interpretation requires knowing the historical circumstances of a text’s utterance. Prioritizes contingent position of the interpreter who can only construct a history from the particular set of circumstances in which they currently exist. We are always interpreting “from the outside in”.
Martin Heidegger (1962 [1927]: 195): Ontological issue: individuals experience everyday reality on the basis of “fore-structures” of understanding, allowing external phenomena to be interpreted in a preliminary way.
Hans-Georg Gadamer (1990 [1960]): Understanding is linguistically mediated through conversations with others. In this conversation, reality is explored, and an agreement is reached that represents new understanding.

Philology
The study of language in oral and written historical sources, including literary criticism

Romantic hermeneutics
Retrieving original meanings of words (philological), but also catching the spirit of the age; unraveling the spirit and genius of individual classical authors. “The highest perfection of interpretation consists in understanding an author better than he could answer for himself” (Schleiermacher 1999 [1829]). Hypothesis-driven divination.

Divination
Insight into what is hidden: an informed intuiting or feeling. An enlightening insight into the hidden motivations and intentions of authors long dead. Schleiermacher (1999 [1829]): “the divinatory method seeks to gain an immediate comprehension of the author as individual”.

Hermeneutic circle and hypothesis formulation
Wolfgang Stegmüller (1988 [1979]) noted that the hermeneutic circle presents a methodological dilemma for other fields than literature. One example involves the appropriate distinction between background knowledge and facts. The testing of a hypothesis, for instance, requires a clear separation between hypothetical components in the observational data and the theoretical background knowledge. According to Stegmüller, this can only be solved through critical discussion among the members of the relevant community of inquirers on what should count as fact and what as background knowledge regarding the specific hypothesis tested.

Online hermeneutic circles
Using digital trace data on online platforms to see how discourse communities (Swales  1988) co-construct knowledge, how they discuss and validate hypotheses, and how they separate background knowledge from discussed ‘facts’.

Close reading
An attentive, critical, and creative analysis of a text that uncovers patterns and details so as to open up new and underlying meanings of that text.

Irony poisoning
The shift from an ironic to a sincere stance after having been exposed to and/or shared enough ironic content online; “a way of establishing a safe distance between oneself and particular sentiments and beliefs, at a time when being passionate about anything or appearing to care too much seems to be ‘uncool’.” (Gill 2007: p. 159). Irony, here, is used as a shield against criticism, and a way to render such criticism more difficult. Related to Poe’s Law, which states that online, it’s impossible to know who’s joking and who’s being serious. part of the culture of collective spaces like 4chan or Reddit, where people do not know each other interpersonally and intention is hard to gauge (Milner 2016).

Context collapse
Concept developed by danah boyd (2011) and Michael Wesch (2009). Describes the situation where one faces a markedly diverse audience online, as opposed to the limited groups one can interact with face to face. In a limited group, one can constantly adjust their tone and presentation of self to fit into the social context (Goffman 1978). In a situation of context collapse, this becomes impossible: electronic media break the link between location and social interaction, thereby undermining the connection between physical place and social “place.” (Meyrowitz 1986).

Gaslighting
Form of psychological manipulation in which someone seeks to sow seeds of doubt in a targeted individual or in members of a targeted group, making them question their own reality, memory, perception, or sanity. Involves attempts to destabilize the victim and delegitimize their beliefs (Dorpat 1994; Stern 2018). E.g., someone saying something abusive, and then accusing the victim of abuse when they push back.

Hermeneutics of suspicion
Phrase coined by Paul Ricoeur to capture a common spirit that pervades the writings of Marx, Freud, and Nietzsche. Involves a commitment to unmasking “the lies and illusions of consciousness”. Suspicion, here, refers to “a distinctively modern style of interpretation that circumvents obvious or self-evident meanings in order to draw out less visible and less flattering truths (Ricoeur 1970: 356). One finds the prevalence of the hermeneutics of suspicion not just in “critical” academic disciplines but also in the prevalence of conspiracy theories, many of which are disseminated online (anti-vax, global warming skepticism, etc.).

Reparative reading
Form of reading, coined by Eve Sedgewick, which”reads texts and semiotic practices (e.g. camp) in terms of their empowering, productive as well as renewing potential to promote semantic innovation, personal healing and social change” (Roder 2014).  Reparative reading focuses on positive affects of reading, and is critical of the “paranoia” that characterizes the hermeneutics of suspicion, such as New Historicist, deconstructionist, feminist, queer, and psychoanalytic traditions. These are practices of reading that seek to expose structures of oppression and their ideological basis, and that typically focus on negative affects (distress, anguish, fear, terror, shame, humiliation, contempt, disgust, anger and rage) at the cost of positive and neutral or “resetting” affects (interest, excitement, joy, enjoyment, surprise and startle). “To read from a reparative position is to surrender the knowing, anxious paranoid determination that no horror, however apparently unthinkable, shall ever come to the reader as new; to a reparatively positioned reader, it can seem realistic and necessary to experience surprise.” (Sedgwick 2003).

Hermeneutics of recovery
Form of interpretation, suggested by Ricoeur (1970), which moves beyond pre-critical naivety (i.e. structuralist analysis) and critical exegesis (including the hermeneutics of suspicion). A “philosophical anthropology leading to second naivety, a state of mind in which we are able to judge and choose ethically, and thereby recover from the chaos induced by being either too trusting or too suspicious” (Scott-Baumann 2009).

Surface reading
Interpretive activity introduced by Stephen Best and Sharon Marcus that seeks to understand the complexity of literary surfaces. Goes against “symptomatic reading”, the mode of interpretation developed by Marx and Freud that assumes that “a text’s truest meaning lies in what it does not say, describes textual surfaces as superfluous, and seeks to unmask hidden meanings” (Best and Marcus 2009: 3). Surface reading focuses on (1) the materiality of texts and of cognition; (2) formalistic interpretation (reminiscent of New Criticism); (3) an experience of art that Susan Sontag calls its “pure, untranslatable, sensuous immediacy” (Sontag 2001); (4) describing what a text says about itself, instead of transforming it through theory or historicization; (5) narrative structures and abstract patterns within texts, or across discourses or genres; and (6) the literal meaning of texts (e.g., “rather than interpret celibacy as repressed homosexuality, we adopt a ‘depthless hermeneutic’ that would take celibacy as the absence of sex that it is” (Kahan 2008: 510). Distant reading can be seen as one methodological approach to surface reading, as “[c]omputers are weak interpreters but potent describers, anatomizers, taxonomists” (Best and Marcus 2009: 17).

Goffman, Erving (1978). The presentation of self in everyday life. London: Harmondsworth.

Ricoeur, Paul (1970). Freud and Philosophy: An Essay on Interpretation. New Haven: Yale UP.

Scott-Baumann, Alison (2009). Ricoeur and the Hermeneutics of Suspicion. Bloomsbury Publishing.

Sedgwick, Eve Kosofsky (2003). Paranoid reading and reparative reading, or, you’re so paranoid, you probably think this essay is about you. Touching feeling: Affect, pedagogy, performativity, 124.

Stern, Robin (2018). The Gaslight Effect: How to spot and Survive the Hidden Manipulation Others Use to Control Your Life. Harmony.

Wesch, Michael (2009). “Youtube and you: Experiences of self-awareness in the context collapse of the recording webcam.” Explorations in Media Ecology 8.2: 19-34.